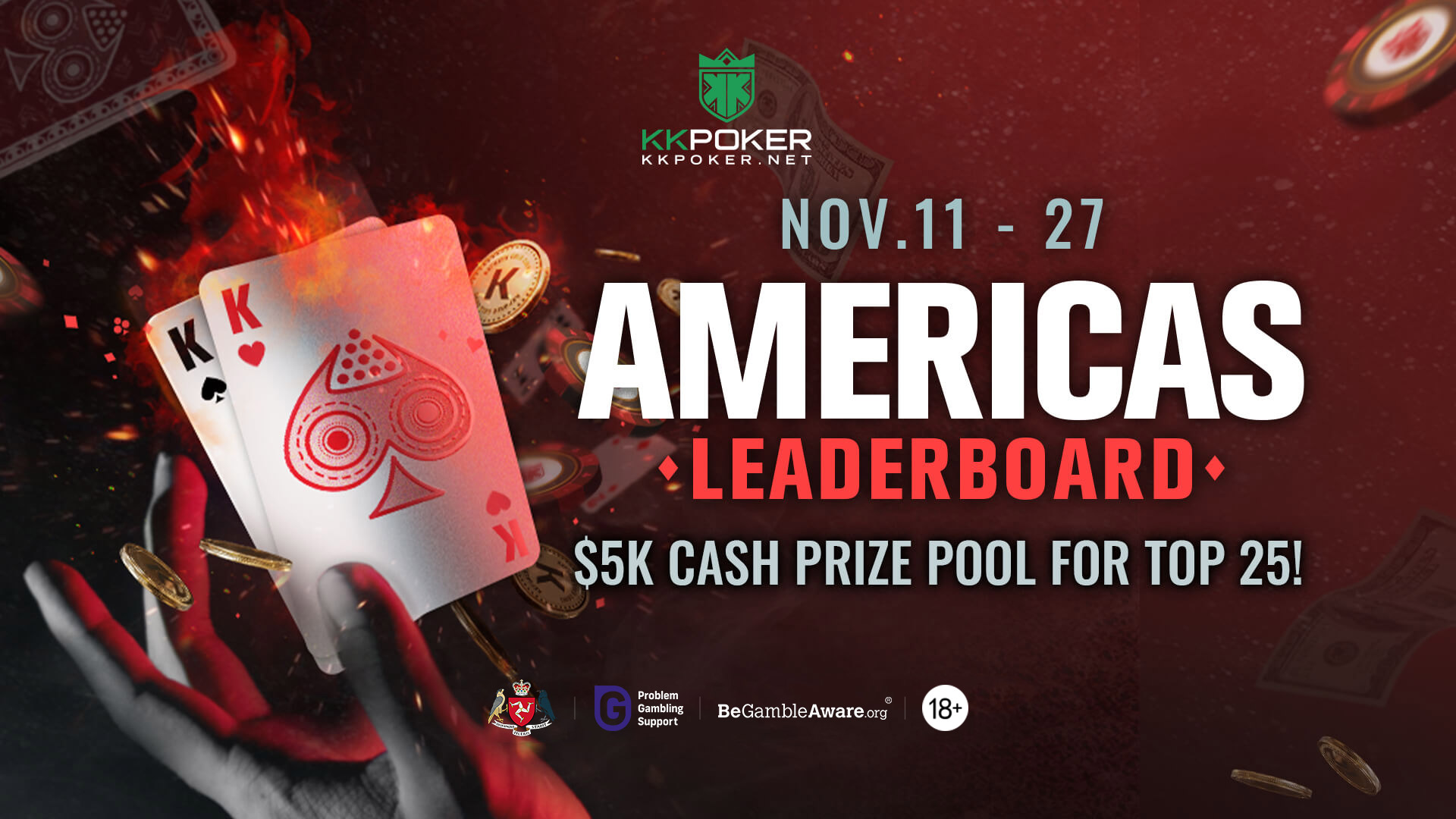 We are excited to announce a special event for our  Americas players - the Americas LEADERBOARD!
Earn ranking points when you play the eligible MTTs and win a share of the bonus $5,000 Americas Leaderboard Prize Pool!

Based on ranking points at the end of the 10 MTTs.

i. the Player that achieves the accumulated Ranking Points first in time, as of the time when he/she finished the last Americas Leaderboard tournament he/she participated, shall have priority;

ii. if clause 2(i) cannot determine priority, then the higher-ranked Player in his/her last participated Americas Leaderboard tournament shall have priority.

Run Your Own Poker Club at KKPoker!