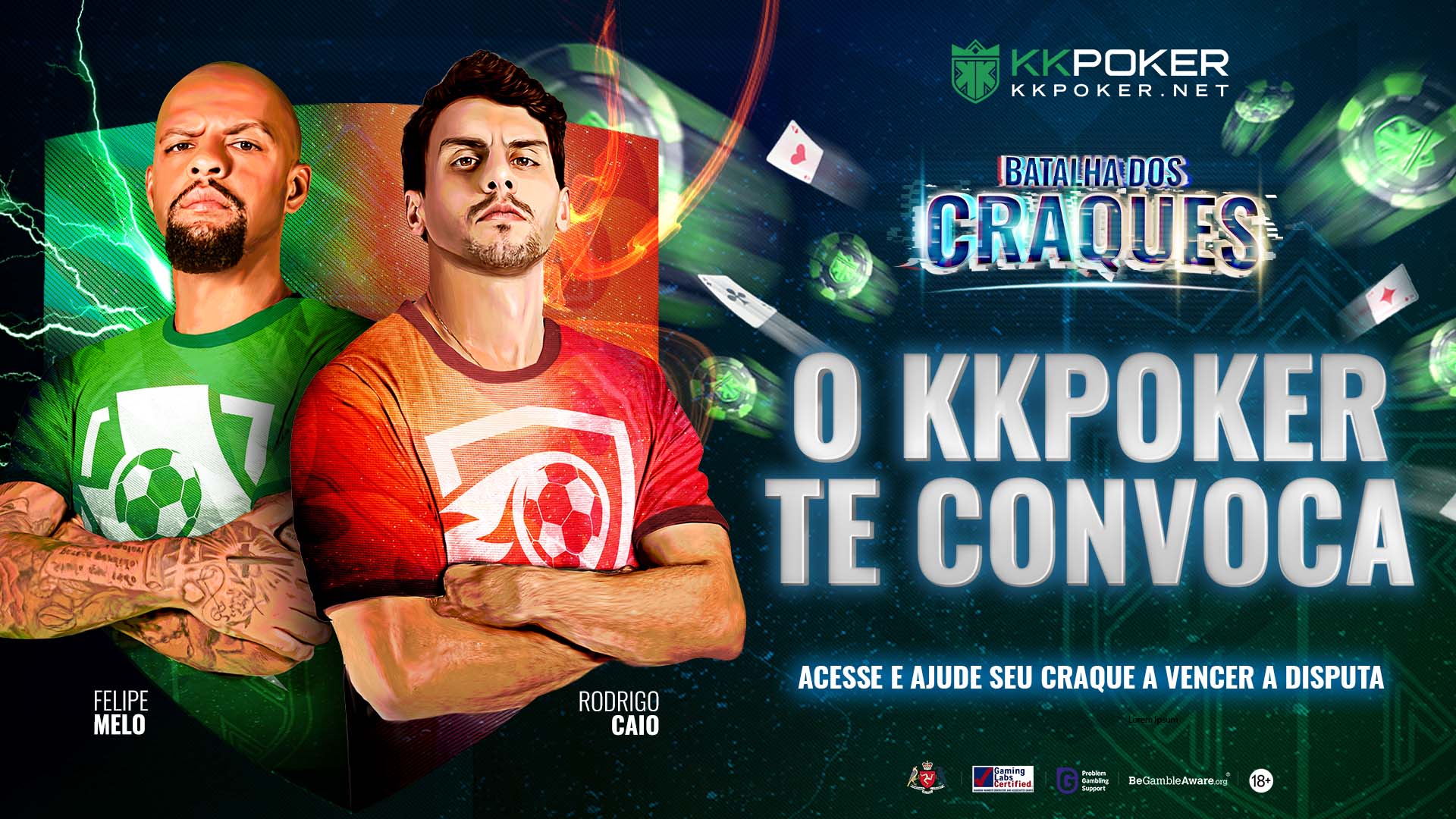 Exciting News! KKPoker has brought together popular Brazilian footballers Felipe Melo and Rodrigo Caio to battle outside the football fields and onto the virtual poker field for the 'BATALHA DOS CRAQUES'!

Felipe Melo and Rodrigo Caio are used to on-the-pitch football battles but will now go head-to-head on the virtual field at KKPoker, and they need YOU to achieve victory in 'BATALHA DOS CRAQUES'!

The event takes place exclusively at KKPoker from April 7-29! Select your favourite team and come to the fight!

After choosing your favourite team, you will participate in daily missions and games to earn points for your team, helping Felipe Melo or Rodrigo Caio to victory at KKPoker!

Complete 3 missions per day to win lucky tickets to participate in the daily draw, which takes place at 19:00 (GMT) for a chance to win a rare KKPoker t-shirt autographed by the stars. The more lucky tickets you have, the more chance you will win!

EARN 200 POINTS TO PLAY WITH FELIPE MELO OR RODRIGO CAIO

You can even have the chance on KKPoker to play alongside Felipe Melo or Rodrigo Caio!

Participate in the events to earn 200 points and play with the stars in the special Twitch live-streamed tournament on April 29 and May 2.

Come join Felipe and Rodrigo's first poker stream and enter in the fun for the chance to win more prizes, including cash bonuses, brand-new emojis, and VIP Platinum Cards!

YOU CANNOT MISS THIS BATTLE!

Note: Only KKPoker players located in Brazil are eligible to take part in this event.

Your participation in this promotion is subject to the General Terms and Conditions for KKPoker Promotions.

LUCKYFLIP IS BRINGING YOU MORE PRIZES!